Learn More About Our Pastor & Our Bishop:

On May 2, 2019, The Most Reverend Joseph V. Brennan was installed as Sixth Bishop of the Diocese of Fresno.

Bishop Brennan is the Episcopal Vicar of the San Fernando Pastoral Region, one of the five Pastoral Regions in the Archdiocese of Los Angeles. He was appointed Titular Bishop of Trofimiana and Auxiliary Bishop in 2015.

After his ordination to the priesthood, he served as associate pastor at Immaculate Heart of Mary Parish in Los Angeles, St. Linus in Norwalk and at the Cathedral of St. Vibiana in Los Angeles. Later on, he was a pastor at St. Linus in Norwalk and Holy Trinity in San Pedro. After becoming Moderator of the Curia, he was in residence at the Cathedral of Our Lady of the Angels and at Mother of Sorrows Catholic Church.

He has been a Chaplain for the Knights of Columbus in California, a member of the Council of Priests and the College of Consultors of the Archdiocese of Los Angeles, and also sits on the Board of the Catholic Education Foundation, the Williams Charitable Trust, and Together in Mission, and Served as Moderator of the Curia for the Archdiocese of

The parish today is growing rapidly in both attendance and property needed to better serve over 6,500 families for the glory of God.

Due to COVID-19 the parish office is temporary closed until further notice. You can make an appointment with staff to come in person to the office by calling 661-327-4734 and you can reach staff by email on the Contact Us page and we will respond as soon as possible. Our new mass times are below. God Bless and stay safe!! 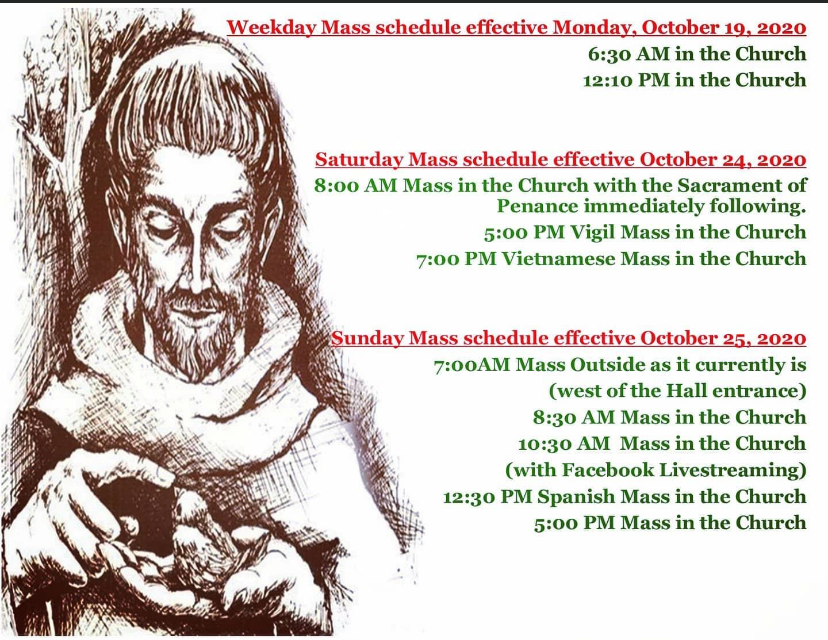